It looks better if you change the orientation of your device to portrait, thanks.
É qui lo stadio?, 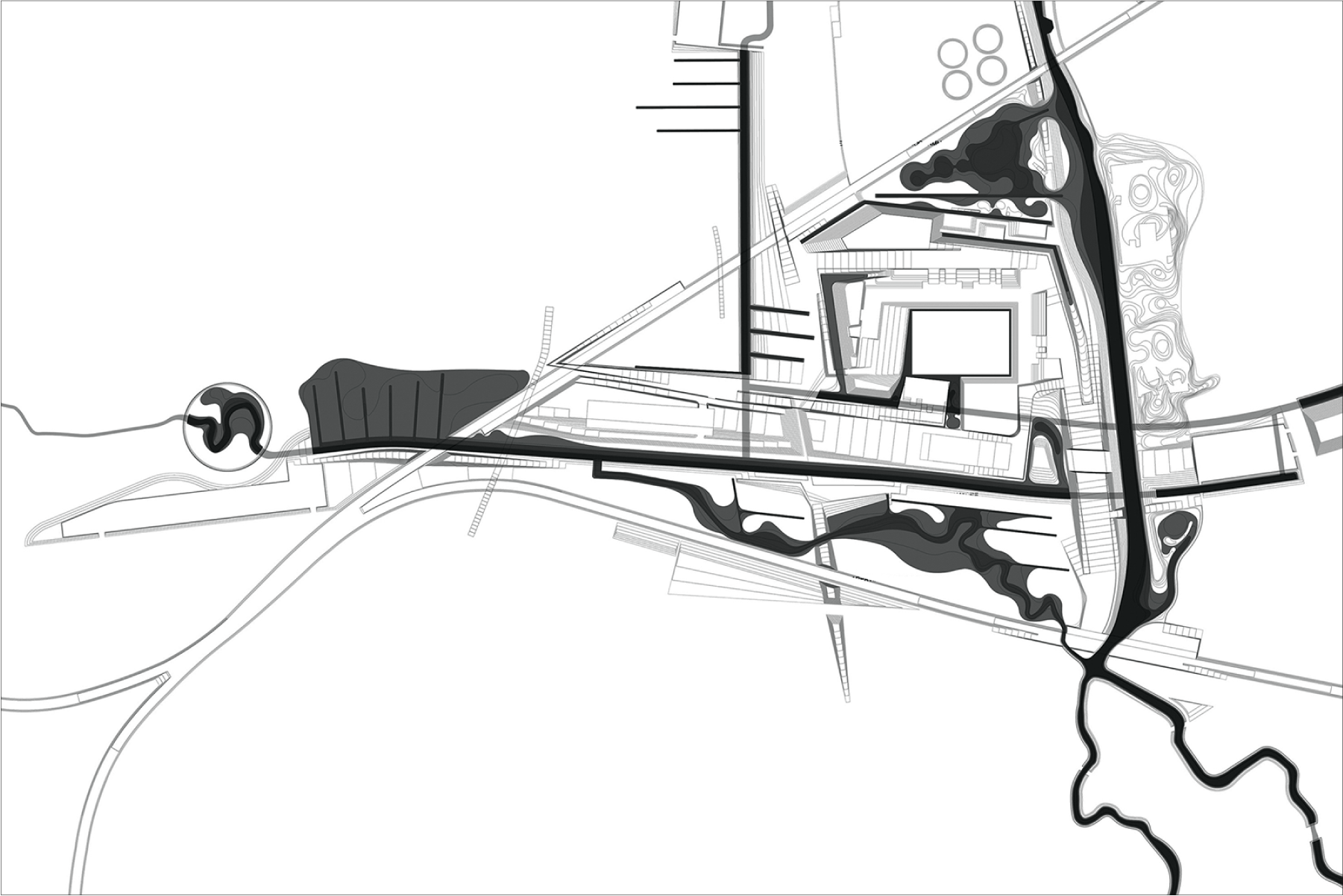 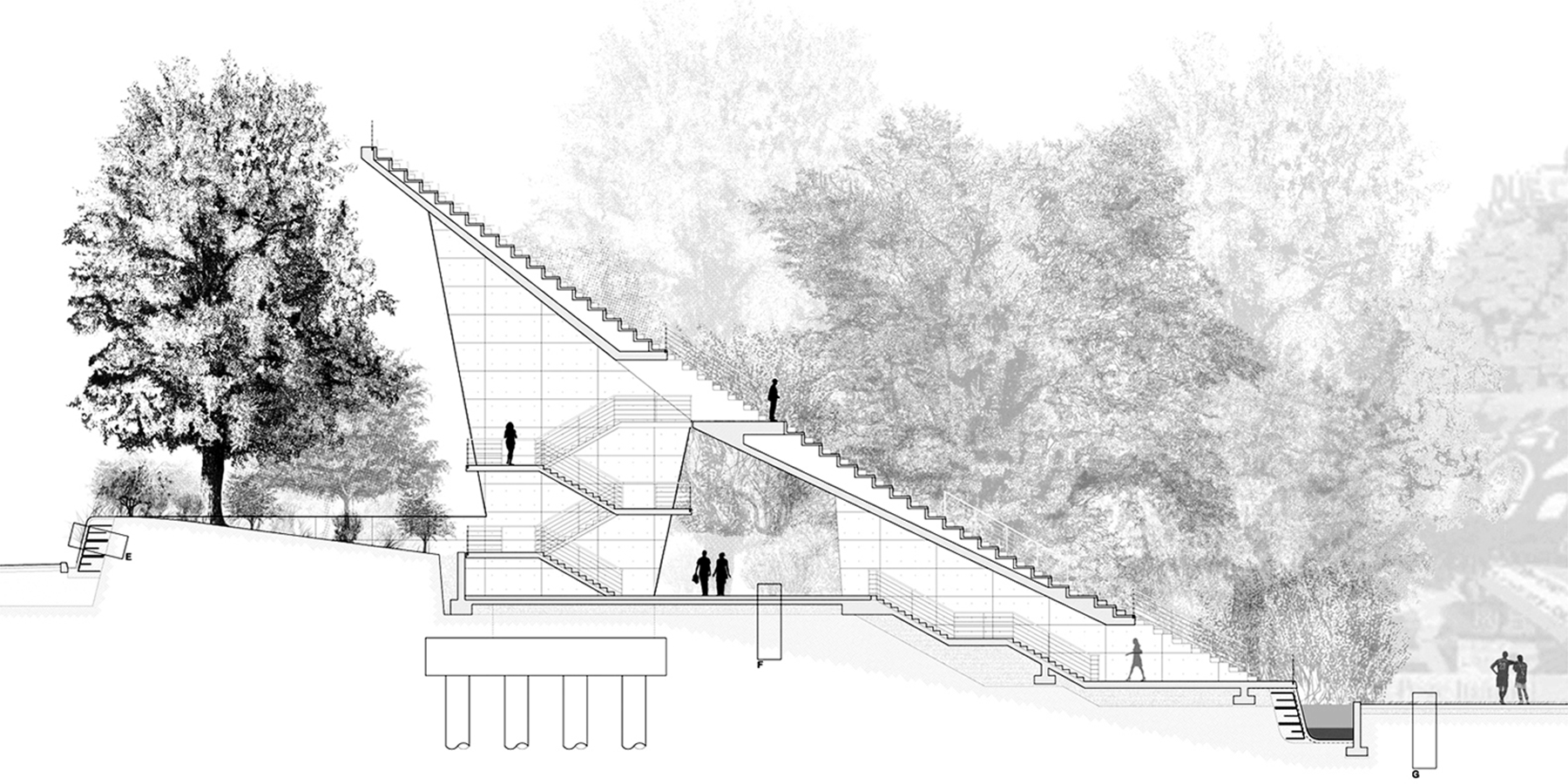 The project lays its foundations on the existing hydrographic and vegetation systems, with the aim to set up a unitary and common fabric, where every element of the open space network mantains its own characteristics.
The urban location and the integration in the open space system lead to a new idea of stadium. This work rejects the stadium as a simple of a sport event, focused only on usability and safety requirements. The new stadium is an open box whose conception is born from the outside taking the materials and the shapes from the landscape wherein it is placed.
Water and vegetation are linked by a common element, the ground. The process of shaping the ground depends completely on both the rules of the functioning of the environmental system (such as hydraulic control and green structure), and the accessibilities conditions that define paths and surfaces.
This work is far from dealing with the stadium as an isolated architectural object. The project handles the design of the stadium through diverse scales and disciplines, having as a starting point a relationship between architecture, city planning and landscape, and considering the stadium itself as a result of this interplay.